Meet the founder of 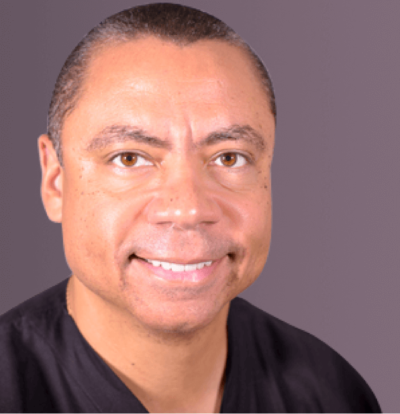 Daniel W. Caldwell M.D., F.A.C.C. General & Interventional Cardiologist
Daniel W. Caldwell, M.D. has been practicing general and interventional adult cardiology in North Texas since 1995, opening his solo private practice in Denton in September, 2002. Dr. Caldwell has active privileges at Texas Health Presbyterian Denton. He is a graduate from the Southern Illinois University School of Medicine, in Springfield, Illinois. After a 3 year residency in Internal Medicine at the same institution, he completed a three year fellowship in adult and interventional cardiology at the world renowned Texas Heart Institute/St. Luke’s Episcopal Hospital in Houston, Texas. During his third year Dr. Caldwell was selected to serve as Chief Cardiology Fellow. He is a Fellow of the American College of Cardiology and Board Certified in Cardiovascular Disease. Dr Caldwell serves as the cardiologist for the Athletic Department of the University of North Texas.

Dr. Caldwell was born and raised on the Southside of Chicago, Illinois. Dr. Caldwell’s father taught him at very young age the meaning of strength, hard work and tenacity. Dr. Caldwell’s father grew up impoverished in Syracuse, New York, however, he went onto complete his Bachelor of Science degree majoring in Biology at Syracuse University. While at Syracuse University he lettered as a standout fullback on the football team. He was invited to try out for the New York Giants well before African Americans had been welcomed into professional football. During Dr. Caldwell’s childhood his father was a High School science teacher and worked on a Coke a Cola delivery truck at night to make ends meet. His father worked his way up through the educational ranks becoming a High School Principal at Wendell Phillips High School on the Southside of Chicago. Dr. Caldwell describes his father as a boot straps economics kind of guy.

Dr. Caldwell learned his passion for life, people and career from his mother. His mother worked as a Theatrical Agent ultimately becoming the owner of Jayde Enterprises in downtown Chicago. Dr. Caldwell notes his mother’s kindness as her most striking feature.

Given that both of Dr. Caldwell’s parents worked, he spent most of his formative years under the care of his maternal grandmother, Bennie Lee Barrett. Ms. Barrett had only a third grade education. In rural Mississippi the priorities of the time mandated that she go to work in the fields. Her lack of formal education did not prevent her from gaining functional literacy. She ultimately owned and managed the Chat and Chew which was one of the only restaurants that lasted throughout the depression in Alton, Illinois. Among the many lessons taught by Dr. Caldwell’s grandmother, the foundation of most had to do with the way people should be treated. Dr. Caldwell frequently remembers and laments three common teachings which were, “It’s nice to be important, it’s more important to be nice.” “If you are what you have, and you lose what you have, then what are you?” “You never know who’s going to bring you your last drink of water, so try to treat everyone kindly.”

Dr. Caldwell’s desire to pursue a career in medicine was inspired by his great uncle Ellsworth Hasbrock. Dr. Hasbrock completed his undergraduate training at Syracuse University, with honors at the age of 19. He was accepted to Syracuse University School of Medicine and was second in his class prior to entering clinical clerkships at the end of his second year. Syracuse University was not prepared at that time for an African American medical student to interact with white patients during the students third year of clinical clerkships in a private hospital. He was therefore strongly encouraged to transfer to Howard University. Dr. Hasbrock completed his medical degree with honors. He pursued a career in Orthopedic Surgery. He was the first African American inducted into the prestigious Chicago Surgical Society and Board of Regents. When Dr Caldwell recounts his uncle, he recalls “Excellence was his standard.”

These individuals were the foundation of Dr. Caldwell’s decision to pursue a career in medicine with a passion to provide excellent care for his patients.

Dr. Caldwell values communication with patients. He believes information and education strengthens the physician and patient relationship. Dr. Caldwell takes whatever time is required to ensure that patient questions are answered and that the patient and family have an accurate understanding of their medical condition and treatment plan. He recalls a professor in medical school, Dr. Kevin Dorsey, who lamented at the start of clinical rotations as he addressed the beginning third year medical class, “If you remember one thing over the next two years, remember this, if you take the time to listen to the patient they will tell you what’s wrong with them.”

These are the foundations upon which Dr. Caldwell has built his practice and strives to maintain them with every patient.

We provide individualized, personal care at its best.

Dr. Caldwell and his staff provide you with the most current recommendations and treatment options for your diagnosis.

We are dedicated to providing personalized care, individualized to your specific needs to ensure the best possible outcomes  for your most vital organ your heart.

To be the leader in the Denton community providing excellence heart care to our patients utilizing evidence-based medicine and the latest technology.

Trusted by over 20,000 patients and families in Denton, Dallas/Fort Worth and the surrounding areas.

We recognize the specific needs of each individual patient to create personalized care plans.

For truly urgent cardiac matters, we strive to schedule same-day appointments for our patients.

Our bilingual staff can accommodate our patients who prefer to communicate in Spanish.

WHAT OUR PATIENTS SAY